A couple of weeks ago Facade Games put a game called Trophies, and they sent us a copy to review! Since we had played Deadwood and Salem previously we were super excited to give this game a try. Facade Games is well known for Dark City Series, which has sold over a million copies and garnered much interest on Kickstarter. Check out their site when you get a chance! Now on to the review:

I was surprised to see Trophies come in a tin box instead of Facade’s usual book format, but since this game doesn’t belong to the Dark City Series I could see that making sense. I do enjoy the tin box since it is well designed and I really enjoy the color scheme and art style. Facade Games always does a good job at making their games look and feel nice.

Trophies is a card game that can accommodate from 2 to 30 players. Basically a player will draw a card that has a letter on one side and a bunch of categories on the back. The players that don’t have the card will shout out words that start with the letter and relate to the category, and then the card holder will give the card to whoever’s answer fits the best. Whoever collects the most cards by the time the stack is out wins the little trophy! Not to keep forever, but you know, to take a picture or something.

We held a game night with two other couples and their combined ten kids to test this game out. The adults seemed to really be into the game while the kids (who I should mention were all under 8) mostly broke down into blurting out whatever came into their heads. I did notice that they were trying really hard to be included since the game seemed exciting, but I think the letter association went a little over their heads and the categories might have been a bit complex for them.

The adults, however, ate the game up and we laughed, we shouted, we bickered amicably and not so amicably, and then when the game was over one of us was declared the winner and the rest of us groaned. He hoisted the tiny trophy over his head and we admitted defeat. Here were some of our post thoughts:

Pros:
1. The game was easy to learn, and required basically no setup.
2. The categories were funny and sometimes had us stumped for a moment.
3. The design and assembly of the game is well done. The colors are pleasing and the tin box seems sturdy. People going to the tin to find toffees will be sad.
4. The game can be as long as you want it, so if you want to play a shorter round you can just use a smaller stack of cards. We played the whole thing and it took us about twenty minutes. This seemed the right amount of time.
5. There is no luck in this game. You are only as good as your brain is.

Cons:
1. The trophy that comes with the game seems a little superfluous. It was fun to tote around and brag about but it didn’t seem to have much of a connection to the game other than the title. It is hefty and shiny though!
2. There are a couple kinks left to be ironed out in the rule book. The game is new so I’m sure these are being ironed out.

Conclusion:
Trophies a fun, loud game of wits that can be played with a large crowd. it might not be so much fun with just two players, but with four or more people it can be a riot. Try it out at your next game night!

PrevPreviousBrian Teaches How to Play Trolls Eat Moles!
NextEvents for January and February 2020Next 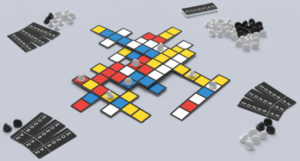 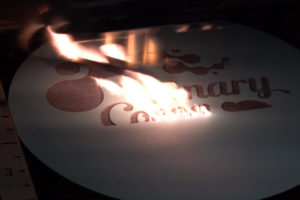