We’d like to announce a new board game that we’ve been working on for the past couple months! Kofre’s Curse is a board game where you cooperatively excavate a pyramid and work together to defeat Kofre, an ancient Egyptian sorcerer possessed by four Egyptian gods. A Kickstarter campaign for this game will be launching in a couple weeks and we hope that you will enjoy the game’s plethora of treasures, traps and hideous monsters. Check out the pictures for more details! 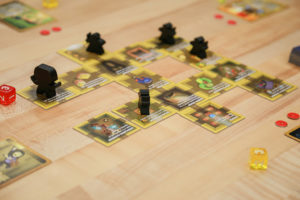 Work cooperatively to defeat the bosses!

An earlier prototype! Rooms assemble to make a pyramid. Then the boss emerges… 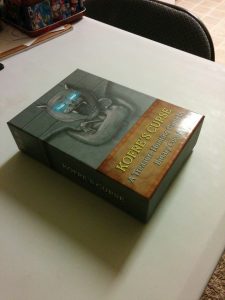 We got the box in from China! Shiny eyes make it look mysterious. 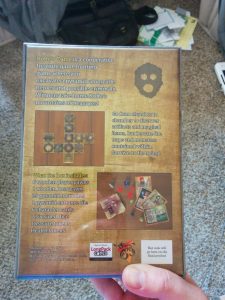 The back of the box! Very cool!